* In case of any delay in receiving the OTP, you may verify it later. Please proceed without verification.

Your mobile number is not registered with us. Please register your mobile no.

Enter your City name or Pincode

Pandariya in Kabirdham District may not have become a popular place on the national level but attracts the attention of visitors from across Chhattisgarh. Forests, villages and farming lands in and around Pandariya brings one feel close to nature. Rustic lifestyle of Pandariya in Chhattisgarh is its beauty for nature lovers. This area is also known for its tribal population whose typical traditions and cultures scintillate the visitors. Of most notable interest is the greenery hilly area which has still not been explored much. Visitors therefore feel that they have literally entered into God’s own land while touring to Pandariya and its nearby areas. Its panoramic beauty appeals every visitor and therefore those arriving here capture best of the momentous moments.

Geographically Pandariya locates at 22.23°N 81.42°E and this area lies on an average elevation of 348m from the sea level. The area receives ample rainfall due to it housing the lush verdant Kanha and Sahaspur sanctuaries and many other forests. As the temperature of this area remains comparatively pleasant throughout the year Pandariya has already become one of the irresistible temptations for local as well as international tourists. Its identity of an attractive little town amongst others due to very high footfall and the old-world charm popularizes it amongst the visitors. It observes moderate temperature of bearable summertime, chilling winters and too much rainy monsoons. Such weather and climatic conditions make this place worth visiting throughout the year. 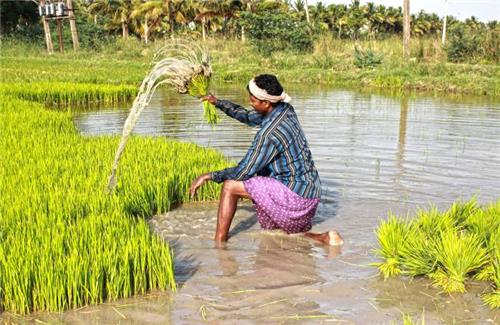 Economy of this region is mainly dependent on the agriculture produce and small scale agro-based industries. Agriculture is the backbone of Pandariya economy with other supporting the same. Tourism is also offering a little share but overall the economy of this area mainly sustains through agriculture . Several crops, vegetables and fruit items are grown here and supplied to the nearby regions especially in the district headquarters.

Mainly dominated by the tribals Pandariya has unique culture of amalgamation of multiple tribes in one go. The culture of this region therefore remains vibrant with most of the tribal communities taking keen interest in their daily chore activities as industrious masses. What makes them different and their cultural identities distinct are that they live life to the fullest through celebrating many occasions with the best of spirits. Social traditions and living in harmoniously amongst each other distinguish the inhabitants of this region As this city is located at a place which is nestled on the lap of nature it captivates attention of many tourists whom not only this area’s beauty enchants but also the people welcoming with sincerity. The culturally spirited tribal villages bring inexplicable charm for the visitors to feel the difference in this area where diversity is best depicted in this region’s tribal cultural legacies.

Like other parts of the Chhattisgarh state, the food habits of Pandariya are mainly dominated by the tribal foods and therefore the dishes prepared here are aligned to most parts of the state. The dishes or varieties of foods prepared in this region mainly incorporate the vegetarian ingredients. Large chunk of dishes are though non-vegetarian hence visitors find in the cuisine of Pandariya ample choice to enjoy vegetarian and non-vegetarian food varieties. The dishes are rich in spices therefore delicious as well. Most foods are prepared by using pure ghee and natural spices including many herbal ingredients to make the foods rich in taste. Most dishes served in the Pandariya based cuisines are therefore healthy and suitable for body’s overall nourishment. Rice, breads and vegetables are commonest of the ingredients of Pandariya food. This small city hardly has any popular restaurant except a few local ones to serve local foods to its visitors. Most of them are run by local masses hence hardly do they maintain fame or name.

Pandariya is dominated by various tribes. As this area is densely forested one with its greenery and agricultural fields it definitely offer great respite to the nature lovers to feel the ascent of calmness and living in peace far from the maddening crowd as away from the hectic daily life of cities. As this area doesn’t have any remarkable historical monument history explorers are little bit disappointed in the absence of any such monuments. People enjoy great rustic life during their visits here and definitely have a newer kind of exploration during their tours. Such tours bring them close to the culture of tribes and therefore come to know of them and their rich cultural identities while exploring the region.

With its distinct identity of mainly being a place dominated by different tribes, the culture and lifestyle of this place is reflects a whole new for an outsider. Living styles, food habits, interactions and social & cultural identities and activities very much vary from others. They welcome their guests wholeheartedly and so do they involve in various types of social, cultural and religious activities. Their active participation in the dances, musical activities and other cultural programs indicate the distinctness of culture and living style. Such things as cultural identities distinguish their lifestyle in the state. Due to being a tiny area modernity and modernism have hardly reached here. That is why one doesn’t find any modern saloon, beauty parlor or health spas in this area. Affinity amongst the masses and typical dressing sense of both men and women though distinguish them and therefore make their biggest identity.

Pandariya is well connected to other parts of Chhattisgarh via roadways, railways and airways. Such transportation arrangement plats an important role in smooth movement. As drastic improvement has occurred in the roadways management besides railways networking nearby Pandariya people from far off areas can easily avail such services to travel to and from here. Such means have definitely eased transportation from any part of the state and even from various parts of the country. Kabirdham Bus Station is located in the district headquarters where interstate and state buses operate. Intercity buses operate from different parts of the state and cross through Pandariya city. They facilitate easy movement of masses by the roadways. National Highways and state roads are well maintained so they ease bus transportation as well as private transportation by roadways. Bilaspur Airport is the nearest airport which connects this tiny city with the rest parts of the state and country by airways. One can choose to travel to any domestic sector from this airport and then fly onwards for various destinations. Bhilai Power House Railway Station is located nearby Pandariya at a distance of 163 kilometers. This railway station is the biggest one nearby this tiny city. Other smaller railheads are also there but they don’t have express train service. This station therefore connects Pandariya with almost all parts of the country by the railways service network.

Overall, the small city of Pandariya or the Pandariya Tehsil headquarters in the Kabirdham District is well connected to all parts of the Chhattisgarh state and nearby states by three major means of transportation. Such easy options ease smooth transportation and therefore provide ultimate option for best exploration of this region.

Are you a Business Owner?

Add the products or services you offer